You are here: Home / Social Skills & Special Occasions / How to Be Well-Liked / Forgetting Someone’s Name — What to Do

Forgetting someone’s name leaves us feeling awkward. We can all relate because it’s happened to everyone more than once, and it’s probably going to happen again. It’s not that we don’t care enough to remember, it’s just that we meet a lot of people over the course of our lives.

If the occasion is attending a seminar or a large social event, we’re liable to meet dozens of new people in a matter of a few hours. It’s almost impossible to remember everyone’s name, especially when you’re being introduced to more than one person every 30 minutes.

I’ve read about all kinds of mind tricks for remembering names, like assigning each person a name that rhymes with the name of a person you know. But that and all the other memory devices make it harder, instead of easier, for me to remember the name of the person standing in front of me. That’s why I like knowing the etiquette of what to do. It provides a comfy social safety net that’s easy to remember!

An attendee at an event where I spoke must have forgotten others’ names more times than she liked. During Q&A time she wrote on a 3″ by 5″ card the following question and had it passed to me. I can feel her frustration, can’t you?

Help Maralee! What do I do if I just can’t remember someone’s name!?!

Forgetting Someone’s Name —What to Do

In no particular order…

1.) If you’re meeting the person for a second time, reintroduce yourself. Usually, when you give your name to others, their natural reaction is to respond with their own name. (Make sure to make sharing your name your preset button!) Check out this post on the formula for making a great first and lasting impression for more savvy, sincere skills.

So that the others don’t think you totally have forgotten them, mention that you’ve met before. Even better, if you can remember where you met them, add that into your re-introduction. “Hello, again! I’m Jenna McKnight. We met at Lilly and Paul’s wedding.”

If the re-introduction happens at work or a work-related event, also mention the name of the company you represent. “Hello! It’s nice to see you again. I’m Jenna McKnight with GenTalent Advisors. We met at last month’s Executive Training Institute meeting.”

Grace Note: Anytime you’re introducing yourself or saying hello, make sure to extend your hand to shake the other person’s hand! This post shares the etiquette of shaking hands and other greetings.

2.) After you re-introduce yourself to others, if they don’t respond with their name, simply and kindly ask them to tell you their name. The perfect go-to script is simply to say, “Please tell me your name again.”  Don’t make a “thing” out of the fact that you forgot the person’s name or make an excuse that you’re bad at names (even if you are).

Because you want as quickly as possible to get past the awkwardness of having to ask, and on to conversation that will help build your relationship, even if it’s just a passing relationship.

Once you’re told the person’s name, respond by using it: “Thank you, Jonathan! So, you came back to another Executive Training meeting. Do you think you’ll join the association? I joined in October and I’ve gotten a lot out of it.”

Grace note: More often than not, you’ll want to be standing when you greet someone. This post shares the manners for when to stand.

3.) With luck, you won’t get one of those people who say, “You can’t remember my name, can you?!” Those people have the graciousness and social IQ of a rock, because it’s unkind to point out someone’s stumble. But if you do come across such people, don’t let them get to you. Respond nicely, because you’re gracious and polite and you’re leading by example. Say something like, “At this moment, I’m having a temporary memory lapse. It happens to everyone. Please tell me your name.” If that doesn’t do the trick, then they’re not going to be your friends or good clients. Excuse yourself and move on. 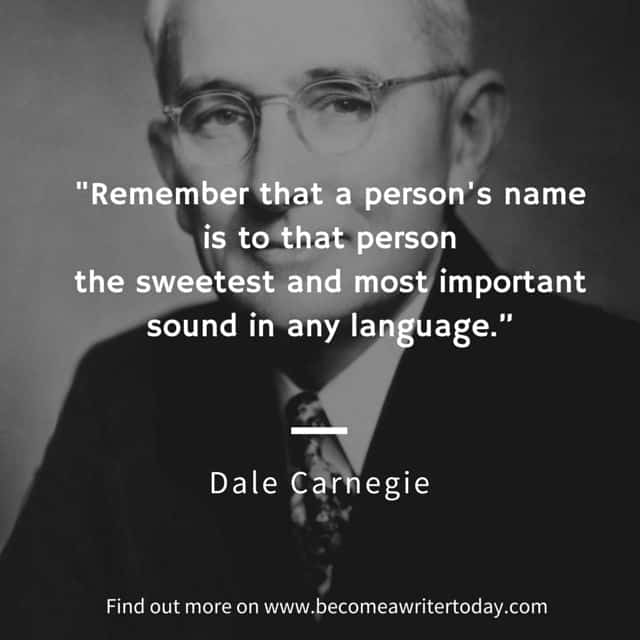 4.) After others share their name with you, make sure you say it back immediately to help store it in your memory: “It’s nice to meet you, Caroline!” This also gives the others an opportunity to correct you if you misheard them: “Actually, it’s Cheryllynn. I know it’s an uncommon name!”

If your name, like mine, is uncommon, it’s nice to let others know you realize it, and that they’re not the only ones who have needed you to repeat it. It helps them feel less embarrassed that they didn’t understand it immediately.

Being named Maralee, when I introduce myself, people often call me Marilyn. It makes sense because the two names sound similar, and Marilyn is a much more common name.

If those calling me Marilyn are people I’m talking to in passing and probably won’t meet again, I don’t bother to correct them because being corrected is always awkward.

If there’s a chance I could see them again, I share my correct name right away because it’s much less embarrassing for them to be “corrected” now than to realize six weeks from now after they’ve said it a dozen or so times that they’ve been calling me the wrong name. It’s the best practice for anyone!

5.) If you forget someone’s name a few minutes after meeting, try asking someone else the person’s name. Another thing you can do, if you’re talking to the person and someone else comes up to join the conversation, is to ask whether they’ve met. If they haven’t, physically take a step back from them and say, “Please, introduce yourselves!” You take the step back to take yourself out of the picture so that the job of introducing the two of them doesn’t belong to you. And by asking the two people to introduce themselves, you get to hear the person’s name again. If they have met already and do not introduce themselves, listen to the conversation carefully, because they probably will say each other’s names at some point.

6.) Make sure to use the person’s name often during the conversation. This will help you remember it, and the quote above by Dale Carnegie is correct: a person’s own name is the sweetest name to that person’s ears. It’s actually been proven scientifically. You can read more about it in my book Manners That Matter for Moms.

Another tip, and one that I use often, is to jot down others’ names and a brief description when they’re not looking. You can refer back to it throughout the event. You might write a description something like this: Jack Davidson: mid-thirties, super thin, blue and white striped shirt, starting to grow a beard. You could also add things you learned from conversation to your notes: wife is Tia, has two young sons, lives in Michigan. (Don’t write anything negative, since you might lose the note where someone could find it.)

Forgetting Someone’s Name — That’s What You Do If It Happens to You!

There you have them, the top six things to do if you forget someone’s name. These skills are a wonderful social safety net for the next time it happens to you. And if someone forgets your name, try not to take it too hard. 99 percent of the time, there’s nothing meant by it except that, like everyone else, that person doesn’t have a perfect memory!

Until next time, do what only you can do! Bless the world by being you at your authentic best! 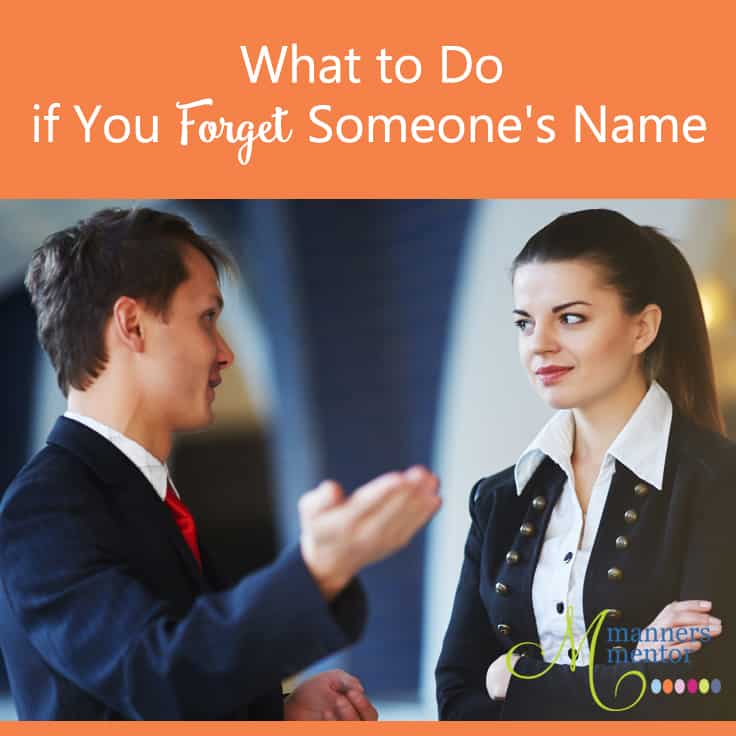