You are here: Home / Daily Life & Must-Knows / Etiquette Essentials / How to Apologize: The 7 Steps Of a Sincere Apology

How to apologize can be the key to getting true forgiveness and moving a relationship forward in a positive way. Let’s look at seven tips for apologizing sincerely and successfully! 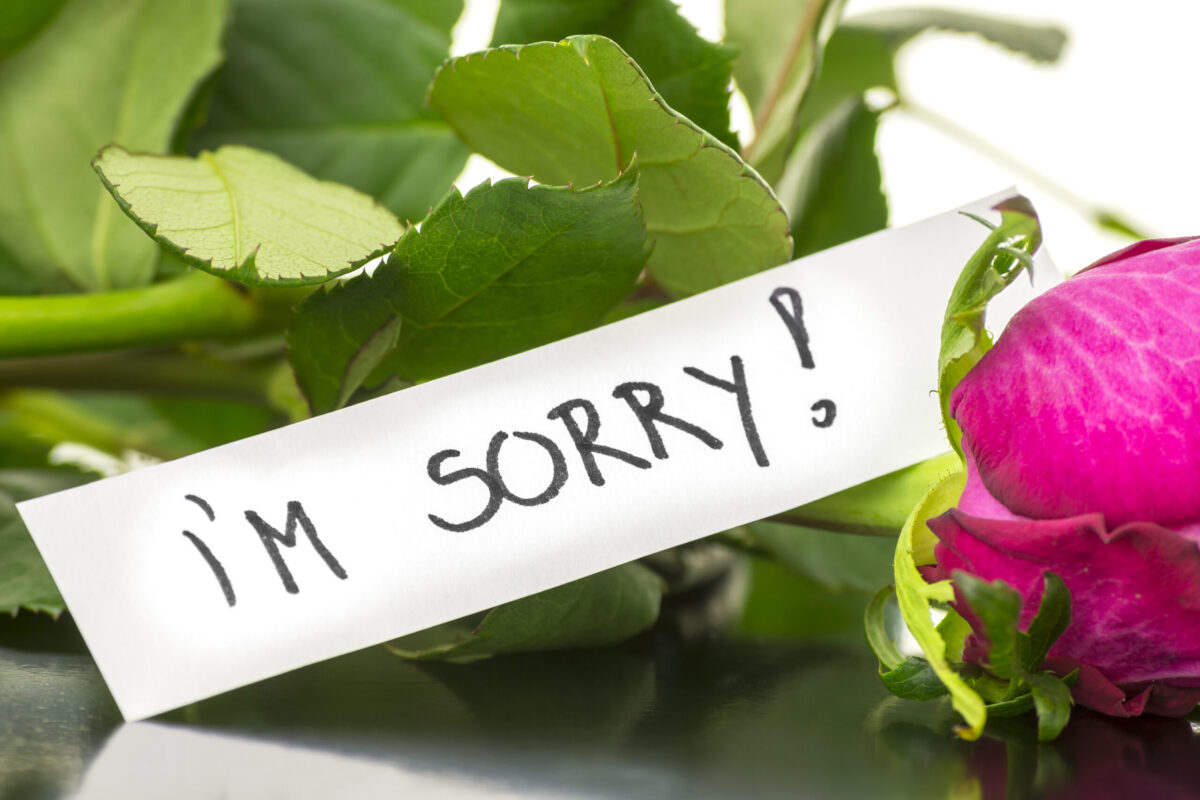 In the middle of an intense moment, we all occasionally say or do something that, depending upon our mood, hurts others either intentionally or accidentally.

Then, when we come to our senses, we realize an apology is in order for the pain we caused.

And not just any old apology.

Since we’re sorry, we want to offer an apology that will let the person we hurt know how much we regret our words or actions — an apology that moves us past the situation into greener pastures where the offended person trusts us, our motives, and our words again.

In short, we want to offer an apology that’s sincere and restorative.

People who are hurt tend to think irrationally, and that’s due to anger. In the same way that anger clouded our discernment when we said or did the thing that got us into this situation, anger can cloud angry people’s ability to forgive.

While we know we should apologize, it’s not always easy. Doing so opens us up to the possibility of being confronted with anger and resentment by the offended person(s).

And it’s not always easy for them to accept our apology. They can wonder whether it’s the truth — perhaps the words we’re apologizing for are still our true feelings.

The secret ingredient to sincerely offering or accepting an apology is intention.

When we apologize to people from our heart — and mean it — we hope they’ll decide with their mind to accept our mea culpa.

Not because it’s easy to forgive and forget, not because we necessarily deserve it, but because they’ve intentionally decided to forgive us.

Besides, not forgiving us hurts them more than it hurts us. After we apologize, our life looks and feels pretty much the same, but for the person who doesn’t forgive, the sun shines dimly on their days. That’s because they see things through the dark lenses of bitterness, anger, and unforgivingness.

And for those of us who need to offer an apology, let’s not wimp out or let pride get in the way. Let’s intentionally try to right our wrong. Doing so not only speaks to our character, but it’s proof of our character.

Be kind and compassionate to one another, forgiving each other, just as in Christ God forgave you. ~Ephesians 4:32

So what do we say and do to offer a sincere apology intentionally? Here are the seven steps of how to apologize sincerely.

How to Apologize —The 7 Steps of a Sincere Apology

1. Ask for permission to apologize.

Those whom you’ve offended appreciate that you’re not jumping right in and assuming you can do something that involves them. Sometimes, the permission to apologize comes right away, and sometimes it comes after those offended have had a chance to cool off. When they grant you permission (and they will, because they very much want to hear what you have to say), let them know in detail what you’re apologizing for. Those offended need to hear from you what you did so they know you understand why they’re upset.

2. Let them know that you realize you hurt them.

Tell them how much you regret what you did, you know it was wrong, and you value their feelings. Express that you wish you could turn back time and change what you said or did.

Be careful not to say anything along the lines of “If I hurt you, I’m sorry.” Doing so means that you don’t understand that you did hurt the person. “If” and words like it put the blame on the other person for feeling hurt instead of on the person who committed the offense.

3. Tell them how you plan to right the situation.

Sometimes, it’s not possible to right a situation. When it is possible, do everything you can to make it right. When it’s not, let the person(s) offended choose the outcome they’d like to see.

4. Let them know that inherent in your apology is a promise that you won’t do what you did again.

Step 4 is crucial. Otherwise, what you’ve offered isn’t an apology — it’s an excuse.

5. After you’ve talked through things, formally ask them for forgiveness.

“Laura, I’m asking for your forgiveness. Will you please forgive me?” If what you’re asking forgiveness for is something that caused a deep hurt, add, “I understand you need time to think about it.” What you don’t want to do is to assume that just because you asked for their forgiveness, they’re going to hand it right over to you.

6. Consider following up with a handwritten note.

Why? The note is a permanent reminder of your remorse and your promise not to repeat the offense. It also helps you keep your promise because — well, they have it in your handwriting that you will. Think of it as a forgiveness promissory note.

7. Now it’s time for both people to go forth and live out their promises.

If Laura accepted your apology, that means she can’t hold a grudge and bring up what you did every time she gets angry with you. And you (who apologized) can’t go around doing what offended her in the first place.

A sincere apology should be given and accepted with the intention of restoring the relationship.

Sometimes, it takes time for things to get back to the way they were, but they can be even better than the way they were. Intention can move relationships to a deeper level of respect, harmony, and care for one another. When deciding how to apologize, just remember to keep front and center the words of Benjamin Franklin: “Never ruin an apology with an excuse.”

Until next time, keep giving the world what only you can give: you at your authentic best! 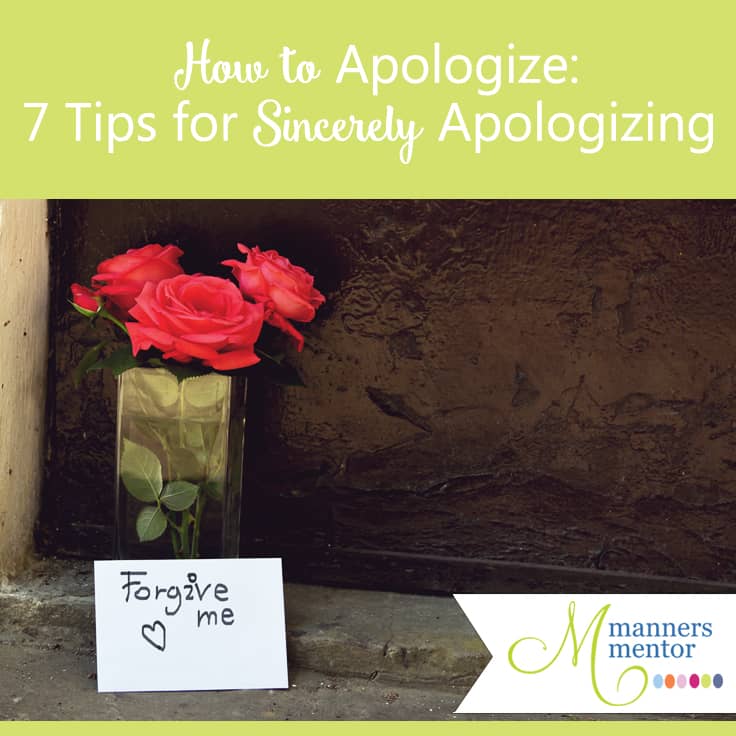