How to be well-liked – it’s something we all want to know. Here you’ll find the top ten habits of people who are admired personally and professionally. 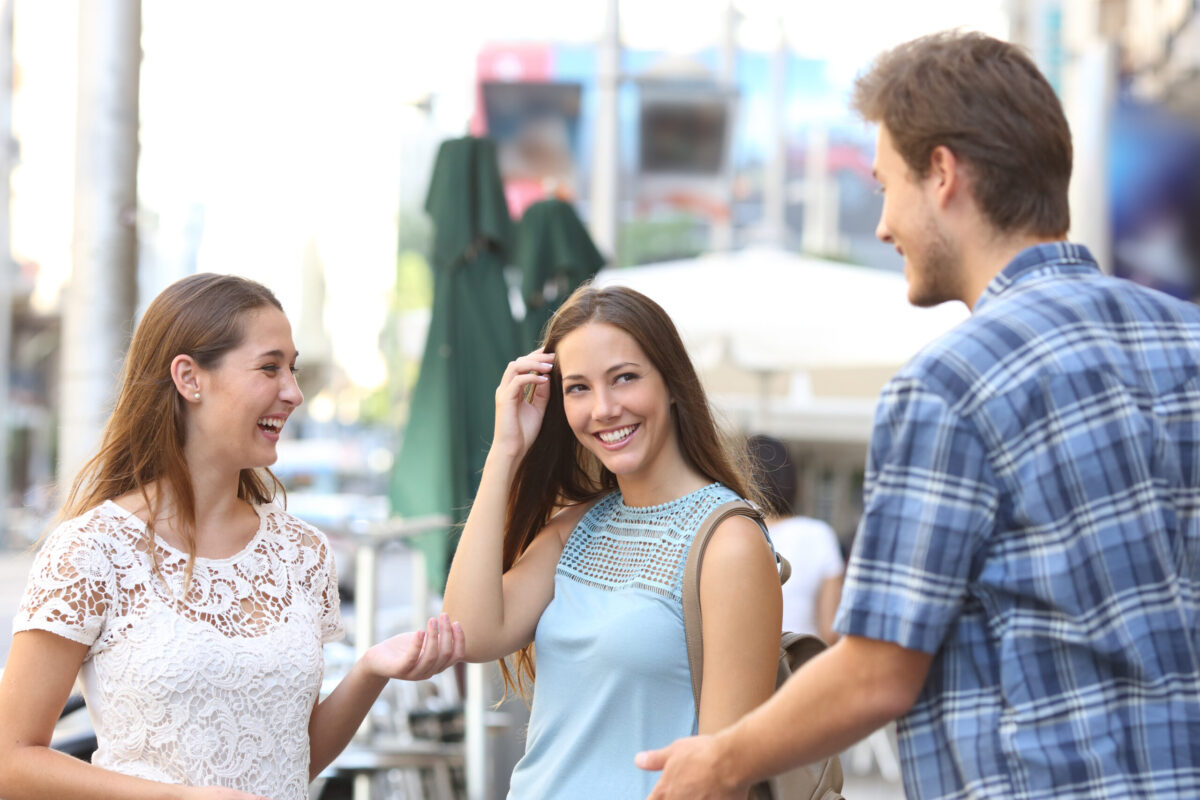 How to be well-liked: it’s something we all strive for and desire. It’s not vain or self-serving to want to be well-liked, although it does serve us well! What it is in a word is: smart.

Business leader Kristin Kaufman in the post “Why It’s Better to be Liked Than to be Respected” wrote for Fortune Magazine’s blog, “…in some ways, life is a series of popularity contests. The choices other people make about us often determine our success. And decades of research prove that people choose who they like. They vote for them, they buy from them, they marry them, and they spend precious time with them.”

All of us want to be respected. Yet being respected loses out to being liked almost all the time. If there are two people we must choose between to hire or befriend or marry, and we respect both but like only one, the one we like is the one we’ll choose every time!

And besides, truth be told, we don’t deep down inside respect anyone we don’t like. In order to want to form a relationship with someone, we must first like that person.

After time together, they’ll either earn our respect or the bond will end. Regardless, likeability is the cornerstone of all our relationships.

An important point about likeability is that it’s earned or denied quickly. Very quickly! As in ten seconds or less. Most of it comes through the first impression we make. The good news is that there’s a formula we can follow to make a good impression every time.

Maintenance mode is the life method of people who are well-liked. It’s their second nature for interacting with kindness, graciousness, and respect. It’s easy to copy, so there’s no reason we can’t all be well-liked. And no, “copying” their habits doesn’t mean we’re being inauthentic. It means we’re in the process of learning new skills and making them our own. It’s no more inauthentic than when grade school students study their multiplication tables until they master them. Or a world class golfer works with not one but three coaches to perfect her swing for months prior to the next WPGA championship. It’s dedicating ourselves to working on becoming the best version of ourselves. And that’s not inauthentic. That’s pursuing positive change!

Let’s discover these gold-level habits so we can make them our own!

Please note: These are in no particular order. They’re all equal.

1.)   At work or a place they attend regularly, they smile at everyone within 10 feet of them. If you’re within six feet of them, they greet you with a warm “Hello” or “Good afternoon!” If they know your name, they use it, as in, “Good morning, Alicia!”

2.)   When they’re talking to you, you have their complete attention. You’re not just the only person in the room. You’re the only person who exists at all for them at that moment. If their cell phone rings or they receive a text alert, they simply say “Excuse that!”, and without looking at their phone they continue the conversation. 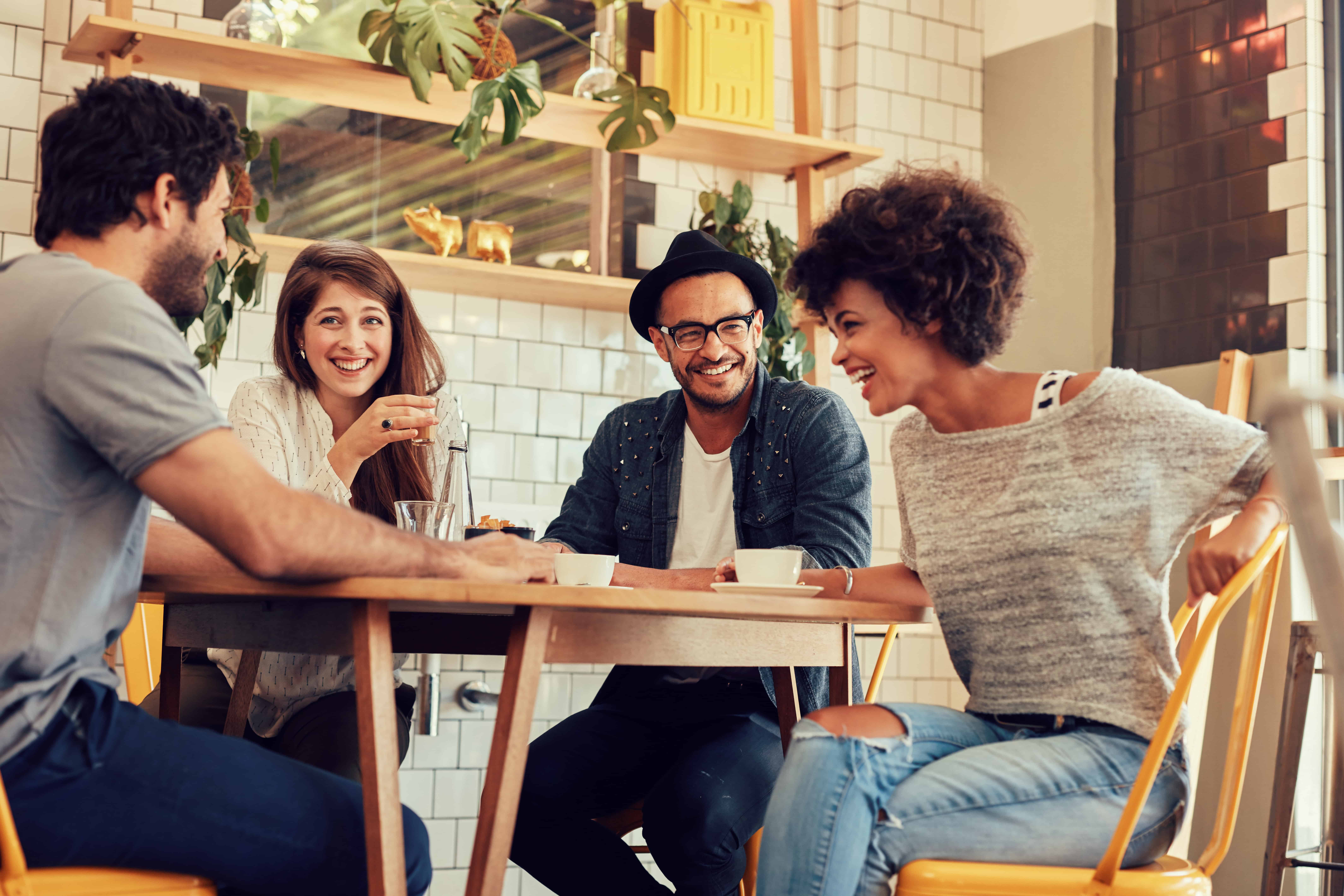 3.)   They know and follow the 80/20 rule of conversation. They’re forthcoming with information about themselves. However, they make you the star of the room by listening 80 percent of the time and talking 20 percent of the time unless you specifically ask them a question.

4.)   They remember important life dates and acknowledge them. On days such as your wedding anniversary, the anniversary of your promotion, your birthday, your children’s birthdays, the anniversary of a loved one’s death — anything significant — you’ll receive a text, a phone call, a card, or if they see you in person anytime that week, they’ll mention it. They don’t have perfect memories, but after a conversation with you, they’re in the habit of making notes of the dates on their smartphone or in a journal. They do this because well-liked people choose to make what’s important to you important to them. In like manner, they’ll probably also know the names of your pets, children, and spouse, your hobbies and favorite TV shows, your recent move across town, and where you went on vacation. Again, they made notes of these things after talking with you so they could be prepared to have a great conversation with you the next time you talk. They take proactive steps in their pursuit of friendliness.

5.)   When speaking with you, they notice your pace of speech, how much or how little you use your hands, how animated or low-key you are, and other similar things that reflect you. However, they won’t do anything that doesn’t line up with their own values. For instance, the well-liked person won’t curse even if the person they’re trying to mirror does. They know it’s a myth that opposites attract. When we look into someone’s face to have a conversation, what we’re most drawn to is someone who makes us feel like we’re looking in a mirror. 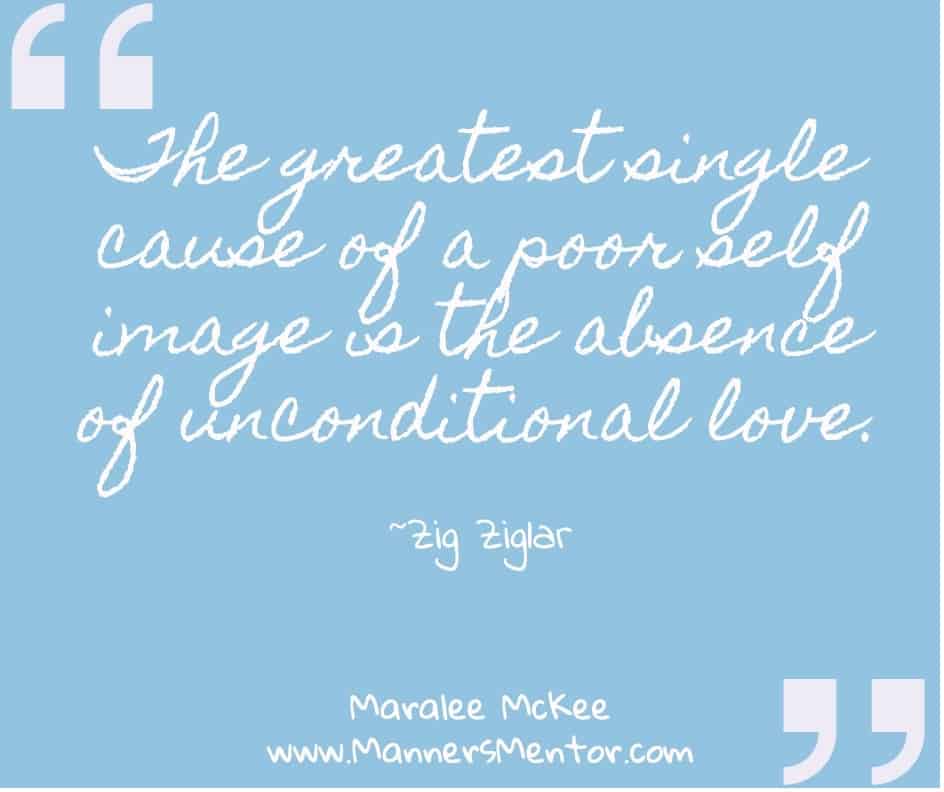 6.)   Well-liked persons are social life-preservers. They keep an eye out for the new person, the person standing alone in the corner, the person trying to look like they’re busy on their cell phone, and they rescue them. They do this by introducing themselves, starting a conversation, introducing the person to others in the room, and inviting them into a conversation they’re already having (as long as it’s not a one-on-one conversation with someone they don’t know very well that would violate the principle talked about in number 2).

A real-life example of this was shared with me recently. There’s a private Facebook group for subscribers of the MannersMentor blog that people receive an invitation to in their welcome email. It acts as not only the comment section of the blog but also a place where we meet to get to know one another and talk about all kinds of things. It’s a comfy and cozy virtual family room, if you will.

About two weeks ago, I asked, “What’s the best compliment you’ve ever received?” One precious lady’s answer particularly stood out (I’ll call her “Lisa”). Lisa shared that she was at a large business conference when a woman came up to her and sheepishly asked whether Lisa would mind if the woman introduced herself. The woman went on to explain that this was her first conference for the industry, she had come alone, and she didn’t know anyone. This newcomer had felt like crying until she caught sight of Lisa and watched her for a while. “Pardon me,” the newcomer said hesitatingly. “I don’t know anyone here, and I feel lost and overwhelmed. I’ve been watching the way you’re greeting everyone so warmly, and it’s given me the courage to come introduce myself. I hope you don’t mind.”

Lisa didn’t mind at all! In fact, she holds the words dear to her heart! By being welcoming, smiling, and speaking kindly, she was able to turn an entire convention around for someone. And I imagine the other people she had been interacting with all felt just as thankful for this well-liked lady who welcomed everyone aboard her social lifeboat!

7.)   People who know how to be well-liked know how to excuse themselves from gossip, and they do. They also stick up for those who aren’t present and are being verbally mischaracterized. Well-liked persons are the same behind your back as they are in front of you.

8.)   Well-liked persons are the first to apologize even if they aren’t in the wrong. Doing so doesn’t cause others to think of them as wimps or doormats because people recognize their strength of character. They aren’t necessarily apologizing because they were in the wrong. They apologize because they know they played a part in having an issue escalate into an argument. They will still work for their feelings or viewpoint to be understood. However, they understand that in relationships, victory doesn’t belong to the person who wins the battle. It belongs to the person who brings or restores peace.

9.)   They get back to people at the time promised or before. If no time frame was given, they still get in touch with the person. They know how to RSVP a “yes.” And they know how to RSVP that they can’t attend. They don’t take invitations and commitments for granted. And they don’t assume others are mind readers and are able to magically decipher what they’re going to do.

10.)   When calling, before starting the conversation, they ask the other person whether this is a good time to talk.

Why ask whether it’s a good time to talk?

Well-liked persons don’t believe the world revolves around them. They understand other people have commitments and schedules and that they’re interrupting them, even if their call is a pleasant interruption. They don’t assume anything (except the best!) about anyone’s time. Instead, they kindly inquire. If the other person is busy, they make arrangements to get back to the person at a pre-determined time.

How to Be Well-Liked — We Can Do More than Aspire

Being well-liked takes intention. It’s like learning a foreign language and wanting to speak it without a trace of your natural accent. It simply takes practice, patience with yourself, and time to perfect.

However, when we learn and speak the language of kindness, we gain influence, friends, business contacts, respect, and a legacy that can’t be marred. We literally bless others while being blessed.

As it says in Proverbs 22:1: A good name is more desirable than great riches; to be esteemed is better than silver or gold. (NIV)

Also, we become what we were born to be: something no one else can be … the best version of ourselves! 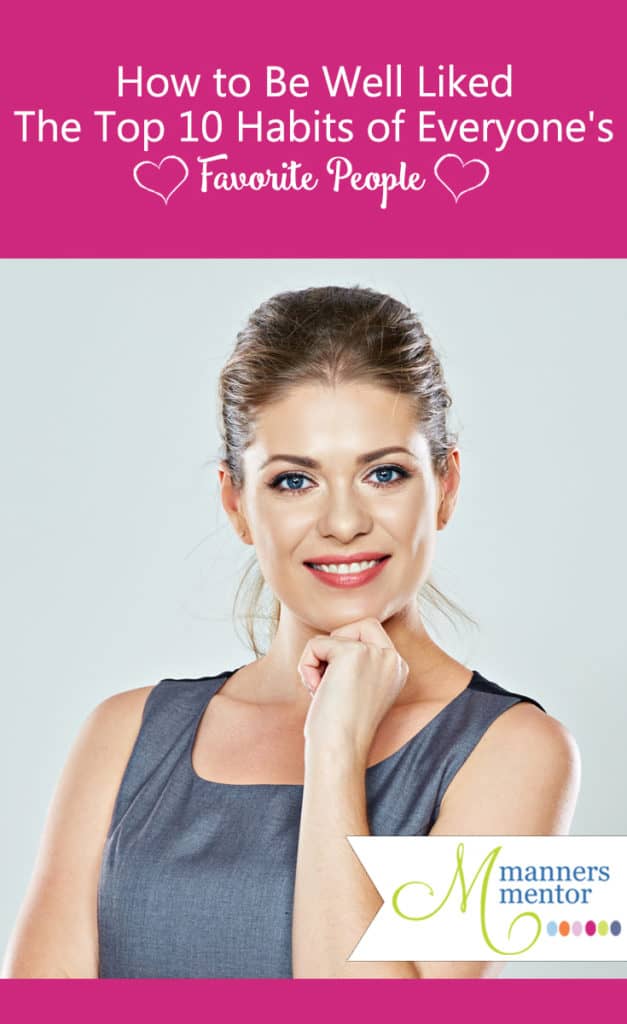