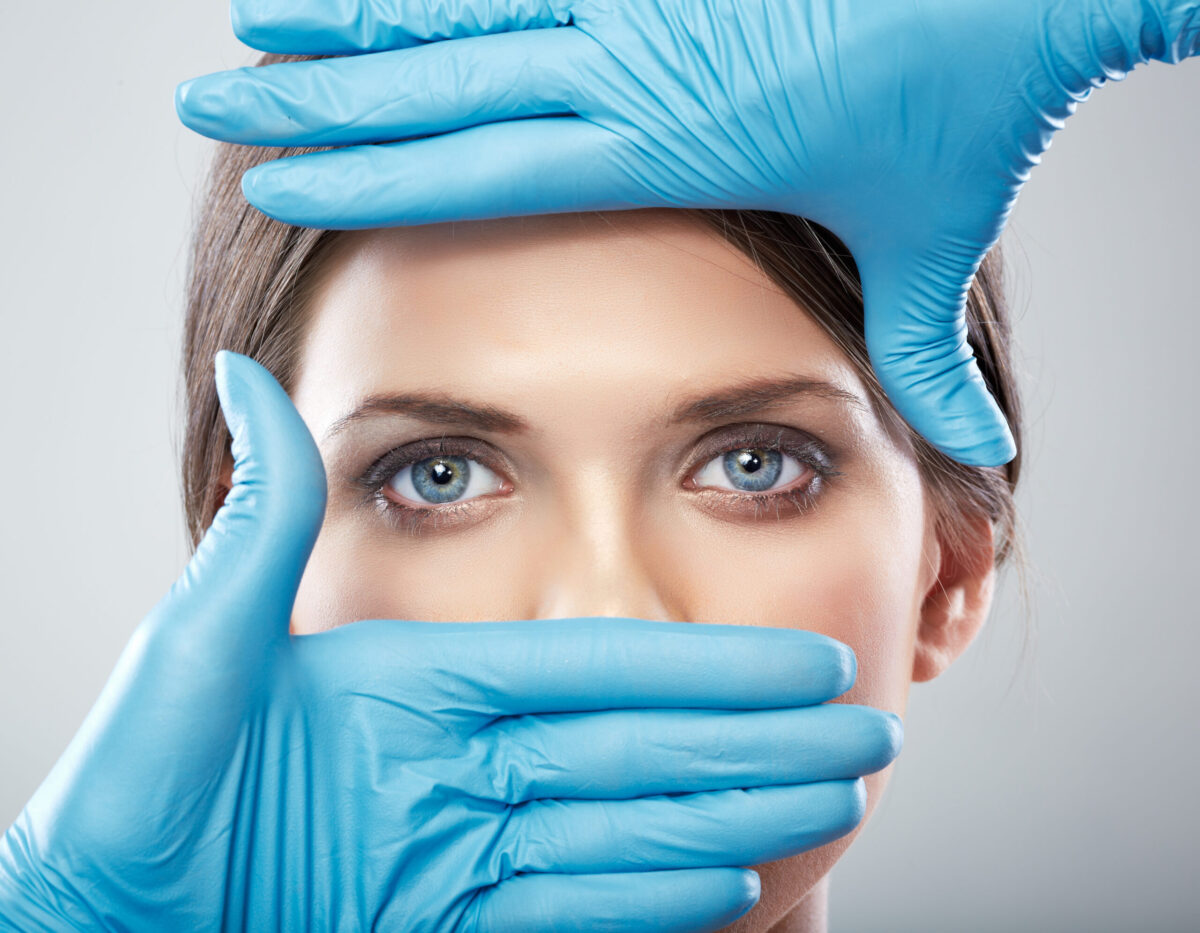 You and I have been there, or we’ll find ourselves there eventually: the awkward moment when we realize the person we’re talking to has had recent “work” done.

What’s the etiquette of saying to people, “Hey! You look great now that you’ve had your plastic surgery?” Yikes!

As reported in Plastic Surgery.org, 17.5 million people had a procedure done in 2017. With that many people each year undergoing surgeries, we’re probably going to know someone who has chosen to undergo a procedure. It’s good to know what to say and do before we find ourselves standing there uncertain about what’s best.

There are two ways to look at the situation:

1. Say nothing and pretend they’ve always looked the way they do. However, we take the chance they might think, “Are you kidding me?! I went through painful surgery and three weeks of recovery, and she didn’t even notice/care enough to say a word about my new look?!”

2. You say to yourself, carefully weighing your options before you speak (always a good move), “If I tell her she looks good now, doesn’t that mean I’m implying she didn’t look so great before?”

Should we let them know that we noticed, or keep quiet?

The answer is: it depends.

When to Compliment Someone’s Cosmetic Surgery

If they told you in advance they were having work done, then by all means say something the next time you see them. After all, if they had their appendix removed, you’d certainly ask how they were doing. The same goes for cosmetic surgery.

If they’re good friends or family members, be there for them just like you would after any surgery. See to their comfort. Bring meals. Help with children and chores. Be a friend.

Even if you disagreed with them about having the surgery, be there for them warmly, and drop your disapproval from the conversation. The deed is already done. Not being there, or saying “I told you so” if complications arise, won’t change the fact that they went through with something you didn’t agree with, but it will harm your relationship with them in the long run. You’ll lose any influence you have in their life.

What to Say When You Compliment Cosmetic Surgery

If they told you in advance they were having work done, then you can be specific. “Jen, you look beautiful! Are you happy with the way Dr. Meyers re-sculpted your nose?”

If they didn’t tell you they were having work done, you can still compliment them, but you don’t want to be specific, because you don’t know their feelings about admitting to the surgery. Try something along the lines of “Jen, you look lovely today!” Then leave it at that. If Jen then tells you she had a nose job, you’re free to mention it. (But mention it only briefly at first, because you still don’t know how much she wants to talk about it publicly.)

You could say, “Your nose looks wonderful. Are you happy with it?” Asking whether she’s happy with it gives her the chance to share her feelings. This way, you’ll know which direction to lead the conversation in about the major change she has undergone. Some people aren’t pleased with their results, and some people love their new look.

When Not to Compliment Someone’s Cosmetic Surgery

If they didn’t let you in on the news in advance, you can compliment them on the fact that they look: lovely, well-rested, glowing, extra-pretty, refreshed, or a similar adjective. Commenting that “You’re glowing today, Erica” is nice, but don’t mention what you notice that’s different: the nose job, Botox, facelift, or whatever it might be.

At that point, if they offer more details, you’re free to discuss it. If they only say thank you, then leave it at that. Forever.

But if Erica is someone you barely know, you don’t need to mention anything. She wouldn’t expect you to notice the difference. The point of the surgery was to look better, not different.

In the workplace, a man and a woman should keep their conversation away from personal details about looks, in the majority of work environments. So if you know the person well, you could say, “You look extra special today!”, but leave it vague like that so there can’t possibly be any misread signals of flirting or the like.

A Thought About Cosmetic Surgery

Except for consulting with the spouse and doctor (and mental health worker if the person begins seeking multiple surgeries), the decision to have work done is a personal one.

Me? Well, I wouldn’t mind a nip and tuck here, and a bit of liposuction there. I’ve done some research. But since I have a pain threshold of zero and an almost pathological fear of needles, I don’t think you’ll ever find me in the surgical suite of a plastic surgeon’s office.

However, I have friends and relatives who have been there. After recovery, all but one were glad they had done it. They interact with more confidence because of it, and that confidence has led them to take on more public roles.

However, it’s not a ticket to happiness. All the people I mentioned were happy before the surgery.

Every day, what we “should” look like is shouted to us by our society in a million ways (some subtle and some bold). But it’s misguided to define our value by our looks. Only have the surgery if you’re already happy with yourself. That way, you won’t find yourself feeling the need to ask, “Mirror, mirror on the wall, who is the fairest of them all?”

We all know what being addicted to her looks did to the heart of Snow White’s stepmother. Not all fairy tales have happy endings. Common plastic surgery isn’t going to make an unhappy life a happy one.

Head over to our comment section which is a fun, Private Facebook Group Page: Maralee McKee’s Facebook Fellowship Group. This private group is for blog subscribers only. (Be sure to answer the question asked so that I can add you to our Fellowship Group.) and tell us whether you’d ever considered cosmetic surgery? If you’ve had surgery, would you do it again or skip it? What did people say to you that was kind, and what did they say that they should have kept to themselves?

Until next time, do what only you can do! Bless the world by being you at your authentic best! 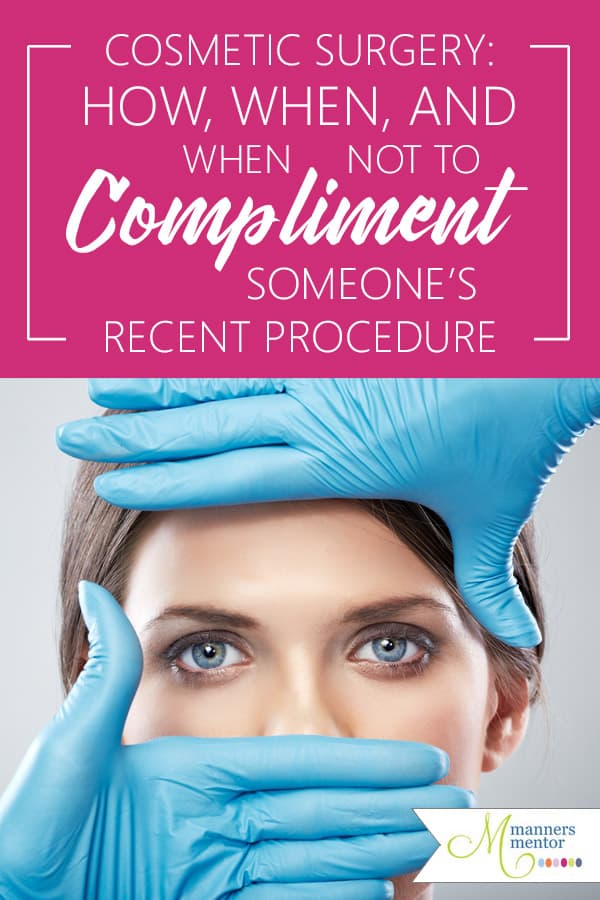