You are here: Home / Social Skills & Special Occasions / Win Friends / How to Bow Out Of An After Hours Event You Don’t Want to Attend!

I’ve been here! Have you? You’re invited to an event, and it’s not so much that you can’t go, it’s that you just don’t want to go. You want to decline invitations but don’t know how.

So what’s the best way to bow out gracefully without having to make up a false excuse? 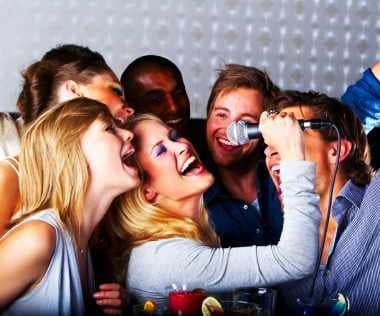 Here’s a portion of one reader’s letter:

I love your columns! Thank you for sending them out. I save them all! Here’s my problem.

How do you politely decline invitations for after-hours gatherings with coworkers without causing bad feelings in the office or being labeled a snob or not a team player? I have a family and just want to go home right after work. I don’t go out for drinks, but my coworkers really like to mix it up, especially on Fridays!

She brings up a great point; if she never goes out with her coworkers, they will eventually — sooner rather than later — label her an outsider who’s sure to decline invitations. That’s not a good position to be in when you’re part of a team. Still, she needs to hold her moral ground. People might mock it a little at first; but eventually — sometimes in months, sometimes in years — they’ll come to respect it.

It happened to me early in my management career. Some of my coworkers were into some pretty wild parties. Me — well I’ve always been a bit of an old soul. Drinking ’til dawn never appealed to me. Yet I wanted outside-of-work experiences with them; those shared events made working together friendlier. To decline invitations just felt wrong.

How did I do it? I beat them to the punch. I started planning and inviting them to my events: Friday night dinners at my house, Saturday evening trips to the movies, Sunday afternoon cookouts and church concerts and plays. Sure, they never stopped their own events, but I had lots of shared activities with them as well.

They looked forward to mine and no longer minded that I didn’t attend theirs, especially once they experienced how different the two types of events were.

So give it a try; invite your coworkers out to lunch one day next week and to your house one weekend afternoon next month. They’ll enjoy your special efforts on their part; you’ll shine as a social planner and never be thought of as a team draft dodger.