You are here: Home / Holidays, Dining, & Entertaining / Dining / How to Say Grace Amazingly Well This Thanksgiving and Any Time
11shares

Saying grace before a meal, whether you’re the host or guest, and whether you’re doing it in person or via Zoom, can be nerve-wracking. Here’s the etiquette of how to say grace amazing well in all situations. 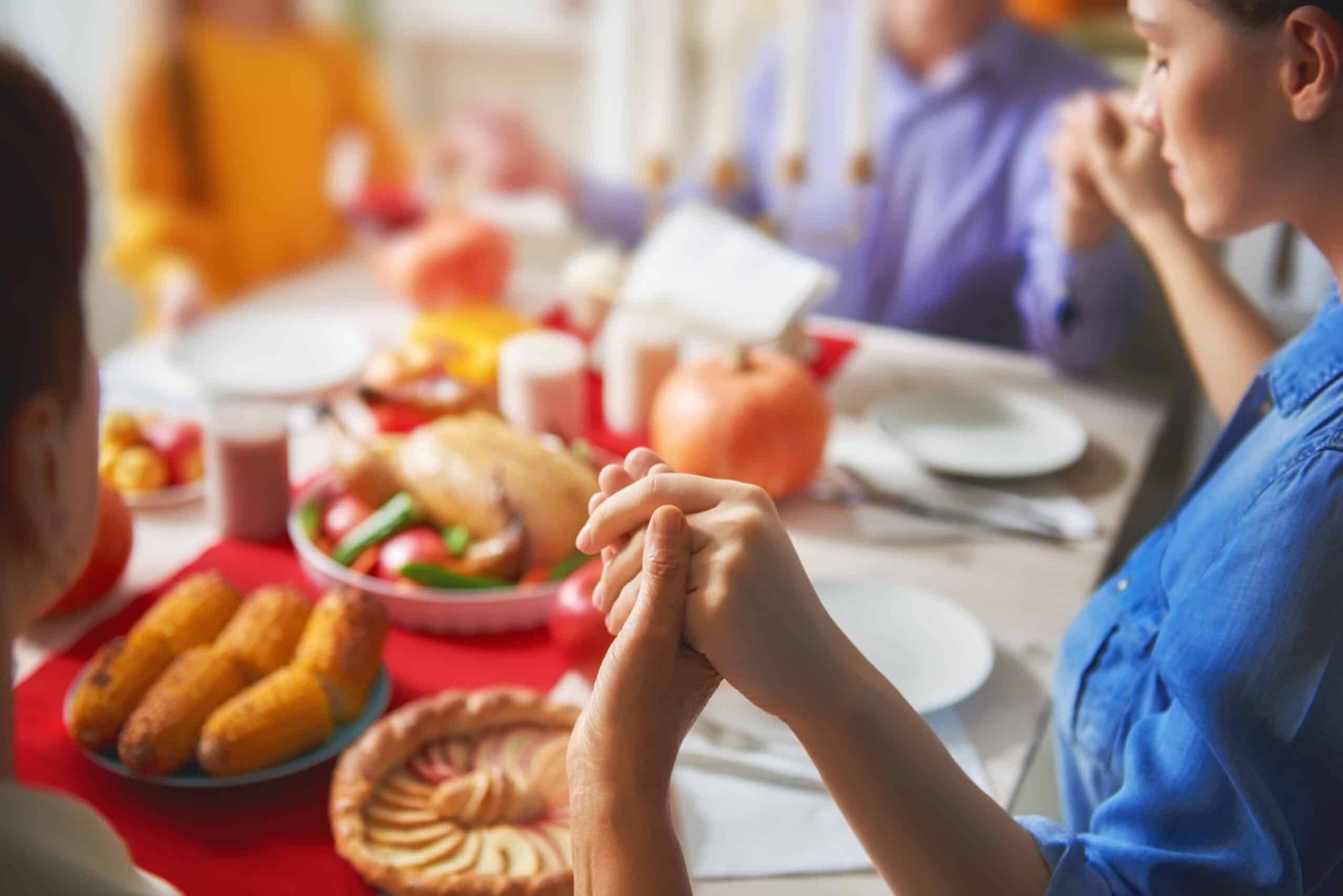 By: Maralee McKee, The Etiquette School Of America

Two of the most common fears people share are public speaking and heights. I bet if we took a poll, we’d be surprised to find out that for a lot of folks, their third biggest fear is praying out loud, even if it’s around people they know. It ties in to the general fear of public speaking, but with praying or saying grace in front of others, there’s an extra added something that makes people feel they’ve got to get it perfect.

After all, no one wants to be known as what Corbett, my youngest son, calls a bad “pray-er.” 🙂

When he was younger, after every prayer the same short conversation would repeat itself.

“Babe, your prayer was beautiful. Besides, no one is bad at praying. We’re God’s children. He’s happy to hear from us and loves whatever conversation we have with Him.”

“I just always ask in case today was the first day I messed up. I’m talking to God. I really want to get it right!”

What If You Mess Up While Saying Grace?

I’ve totally felt the pressure to get it “right,” too. I remember the years when nothing in the world could have gotten me to pray out loud. And I remember slowly getting over my fear and then praying out loud often when I lead the women’s ministry at a mega-church. I was amazed at the number of people I would privately invite to open or close one of our sessions in prayer who shared how they wished they could; however, they were too nervous to pray in front of others. 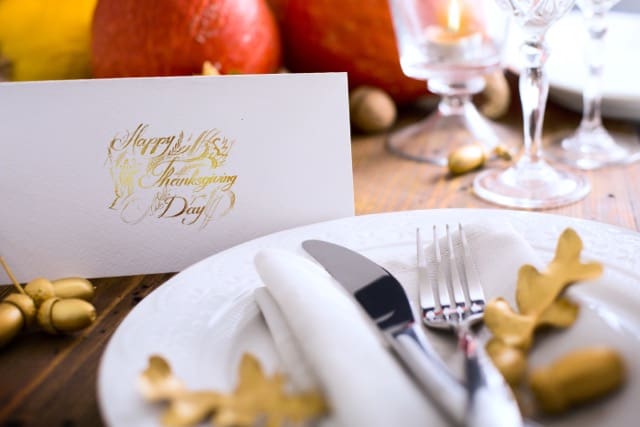 When it comes to knowing how to say grace, it’s only natural that if you’re about to say it in front of a group of people, maybe some of whom you don’t know, while gathered around a beautifully decorated table, before eating a meal that took hours and hours to prepare, then you might wonder whether what you’re about to say is the best thing to say.

There’s a certain pressure we put on ourselves to make our words do justice to the holiday we’ve gathered together to celebrate and the meal we’re about to enjoy as part of it.

Although it’s impossible to be a bad “pray-er,” there are some best practices for saying grace that can help calm your nerves and give you words to say if your own words suddenly escape you.

1. It’s the host’s honor to say grace. Even at a multi-generational meal, the homeowner of the house where everyone has gathered is the host. The host or hostess is traditionally the one who says grace. If neither the husband nor wife are comfortable saying it, they can ask someone else whether they will do the honor. If there is an elder member of the family — grandpa, for example — and he’s been saying grace for years at all the holidays, then of course it would be fine to have him continue the tradition. (For more about host and guest duties, and to know how to handle some of the awkward situations that arise at Thanksgiving, check out this popular post: The 7 Manners of Thanksgiving.)

2. If one is present, a member of the clergy usually takes the place of the host to say grace. However, the host certainly may say it if desired. Or one of them can begin and the other finish. The host just needs to make sure to talk to the clergy person ahead of time.

3. Always ask people privately (even clergy members) whether they would like to say grace. If you ask them publicly to say grace and their answer is no, it’s going to be awkward for everyone. So make sure to ask privately and with enough lead time that the person can think about what to say. (Allow at least ten minutes.) If someone asks you to say grace and you’re not comfortable doing so, you can simply answer, “Thank you for asking. Not today. You’ll want to ask someone else.”

4. Reverence trumps humor. “Good food, good meat, good God, let’s eat!” That humdinger of a grace was offered up by my 40-something-year-old big brother at a family Thanksgiving dinner a few years ago. It made even my mom laugh — for a moment — but my husband followed it up with a prayer that showed respect, and also gratitude for our blessings. We wondered why my brother, the shyest person in our entire family, offered to say a quick grace. It turned out that a friend of his had said it at a meal. My brother had thought it was so funny that he had been waiting months till he could share it. He was thrilled with himself, and he still thinks that the looks on everyone’s faces made it all worthwhile. He’s probably right! Still, unless you’re Jimmy Fallon, you might want to leave the comedy out of your grace, because it easily can come off as irreverent even if you didn’t mean it that way.

5. Your grace can be original or one that someone else wrote. If you read your grace, before doing so, share how you came across it and why it’s meaningful to you. Your framework will help others appreciate it more. If you’d like a book of graces, 100 Graces: Mealtime Blessings is full of graces and blessings for just about any occasion. Many of them are short enough to memorize. Learn one or two, and you’ll always have them at your ready. 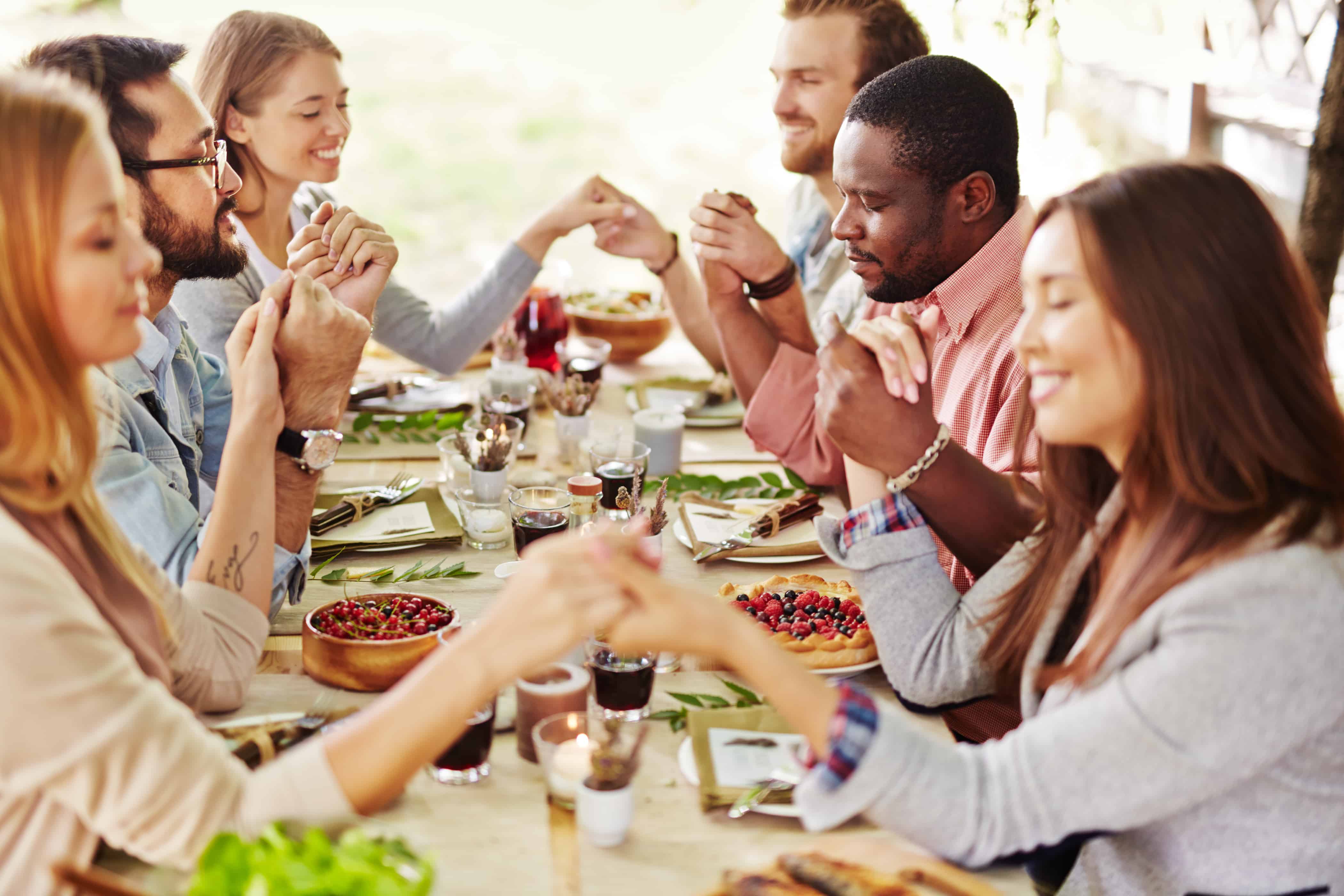 6. If your grace is one that you’re saying from your heart, there are certain things that are nice to include. In addition to thanking God for the food and asking Him to bless it, you might want to ask for a special blessing for each person in the room. You don’t have to name each person and each blessing, especially in a group of more than six people. However, if someone is going through a hard time or has something very special to celebrate (and you’re positive that it’s common knowledge to everyone in the room), then you can mention those things even though other people are left out. For instance, if Aunt Lauren is undergoing chemotherapy, you could ask for strength for her through the treatment and total healing. And if Jessica and Caleb are getting married this coming February, it’s a great time to ask that their marriage be blessed. It’s also nice to let everyone join in on the Amen (so be it). To let everyone know, you could end your grace something like this: “And in one accord, we join together to say … Amen!”

7. Grace can be offered sitting or standing, and at the table or away from it. If everyone isn’t going to be sitting at the same table, make sure to call all the guests together in the same room while grace is being said. It’s nice to hold hands, whether you’re sitting around one table or standing in the family room, but you don’t have to. (Please note: This post was originally written prior to 2020. Due to the pandemic, practice social distancing guidelines and health precautions you’re comfortable following. Don’t judge others who you view as being “too stict” or “too loose” in adhering to the guidelines. Every guest should feel at ease, and if someone feels more at ease participating in grace by maintaing six feet of distance and wearing a mask, that’s fine. If someone gets too close, you can nicely say, “I’m practicing social distancing.” as you step away from the person. Please, please, please do no turn praying into a point of disagreement. It rather defeats the purpose. Enough said.)

9. If you’re not a believer or you practice a different religion, you don’t have to participate fully if you’re not comfortable doing so. You’ll want to join your host(s) and fellow guests when grace is being said, and follow your hosts’ lead by standing or sitting when they do, closing your eyes, and bowing your head. You don’t need to say Amen or join them in reciting any part of the grace they might say in unison. 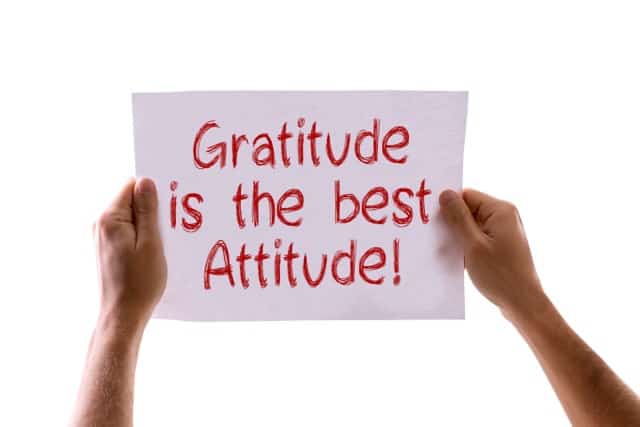 10. A lengthy grace isn’t any more spiritual than a shorter one. The house is full of people, everyone is hungry, the turkey is drying out, and the other food is getting cold. It’s fine if your grace is short. God doesn’t time you. It’s your heart’s true measure of gratitude that matters most, and not how long you shared it in words!

I wish you and your family a wonderful holiday! May your day be filled with the gifts of a happy home: friends, family, laughter, food, children, and most of all a grateful and satisfied heart!

Until next time, keep doing what only you can do! Bless the world by being YOU…at your authentic best! 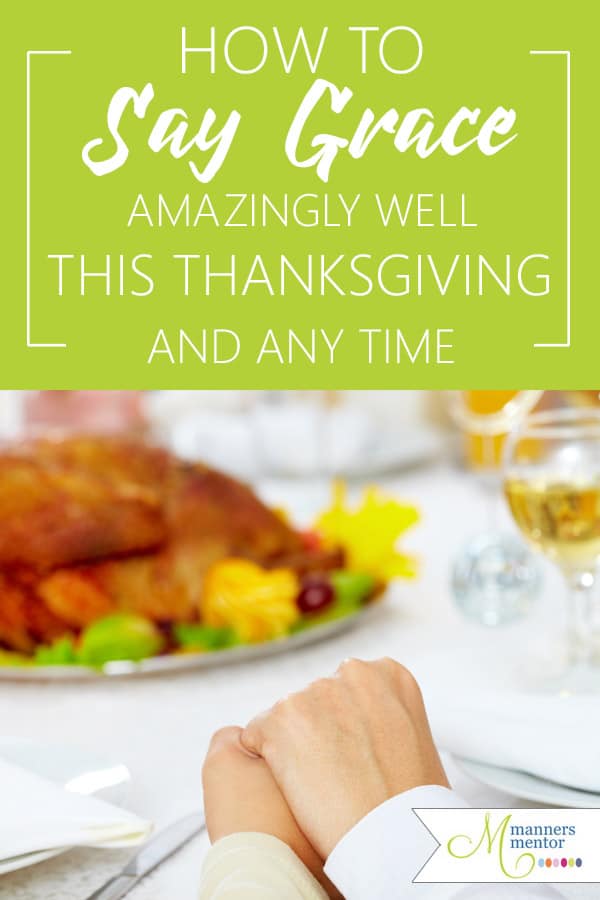 Maralee McKee is dedicated to helping you become the person you most want to be and to live a confident, kind, and generous life. She is a contemporary etiquette, manners, and people skill expert, and the founder of the prestigious Etiquette School of America. Her etiquette skills blog is the most read in the United States. Maralee presents business etiquette seminars to corporations world wide, coaches individuals one-on-one virtually and in-person, and offers monthly online mentoring for people who want to win at work, succeed socially, and love who they are and how they present themselves to the world. Her book on how moms can teach their children to become the best version of themselves (Harvest House Publishing) earned the prestigious Mom’s Choice Gold Award for excellence in parenting books. Maralee is a former TV and radio host, and has been quoted in the media hundreds of times.