You are here: Home / Holidays, Dining, & Entertaining / Gift Giving & Receiving / Re-gifting Etiquette — How to Do It Graciously and What Not to Ignore 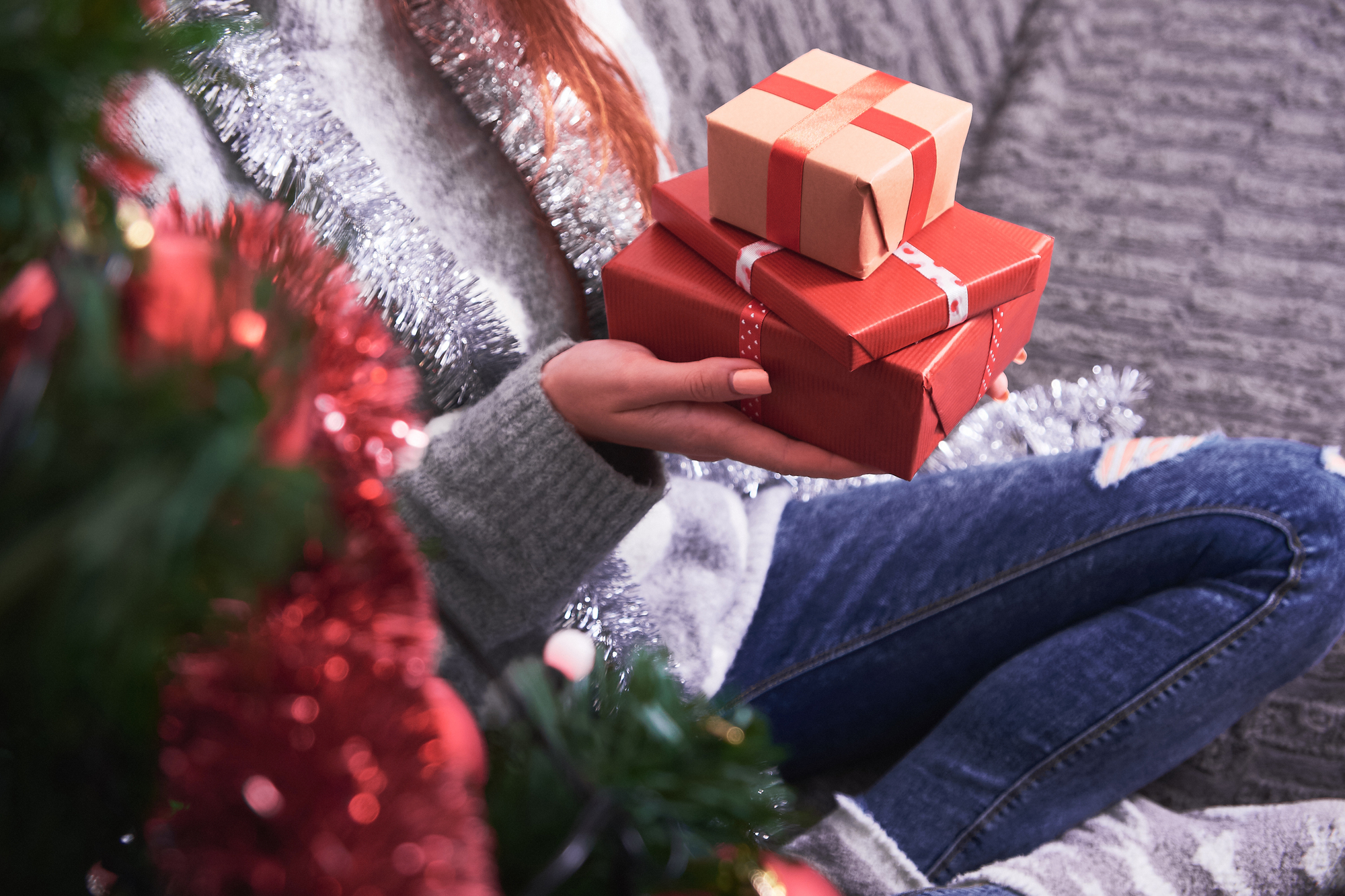 Sometimes re-gifting is perfectly fine, and sometimes it’s not. Because of this, there’s an etiquette of re-gifting that you don’t want to ignore. It’s one most people don’t know, and it’s this unknown (and thus unfollowed) etiquette that gives re-gifting and the people who do it a bad rap. (Pun intended!)

When is re-gifting perfectly fine? And what can you do to make sure the present you’re about to re-gift, and how you’re about to give it, meets all the criteria of any gracious gift?

There are certain times and items that we should avoid re-gifting, because doing so can bring about such strong emotions that people change their opinions of us, and not in a good way. When are these times? And what are the items that make the top of the “Do Not Re-gift” list?

Let’s answer these questions and unwrap the etiquette of gracious re-gifting!

Kent, my husband, and I had been trying to have a baby for three years. Finally, I was pregnant!

I had been going to the same doctor for years. Knowing my body so well, the OB/GYN at my first appointment told Kent and me that she was almost certain I was having twins. She scheduled an ultrasound (that day) so that, if twins were confirmed, she could put me on a special diet and vitamin regimen.

The appointment was for five hours later. In the span of those five short hours, we went from shock, to fear, to overwhelm, to acceptance, to expectant joy and picking out names for our two little ones.

It was my first sonogram ever, but when the tech asked me three times how far along I was (almost 10 weeks), and then said she “…needed to check something and would be right back,” both Kent and I knew something was wrong. She returned, told us she had everything they needed, and said to expect a call from our doctor.

The doctor called almost immediately. There was just one baby. No twins. But the baby died at about six weeks. She expressed her genuine sadness and condolences.

I mourned. I grieved. I was inconsolable. Then, complications in the miscarriage arose and I was hospitalized.

A few days after I returned home, a friend came to visit with her five-year-old son.

She brought me a beautifully boxed and wrapped gift. It was a statue of a cherub (a little angel).

She said she looked for one especially so that it would always remind me of my little one in Heaven. I was deeply touched.

Crying over her thoughtfulness, I hugged her.

Logan had been playing in the other room. At that moment he walked in, noticed the angel, and innocently with childlike curiosity asked, “Mom, why did you bring the angel Grandma gave you that was in our living room? I thought you said you never liked it. Remember?! That’s why you put it in the closet!” 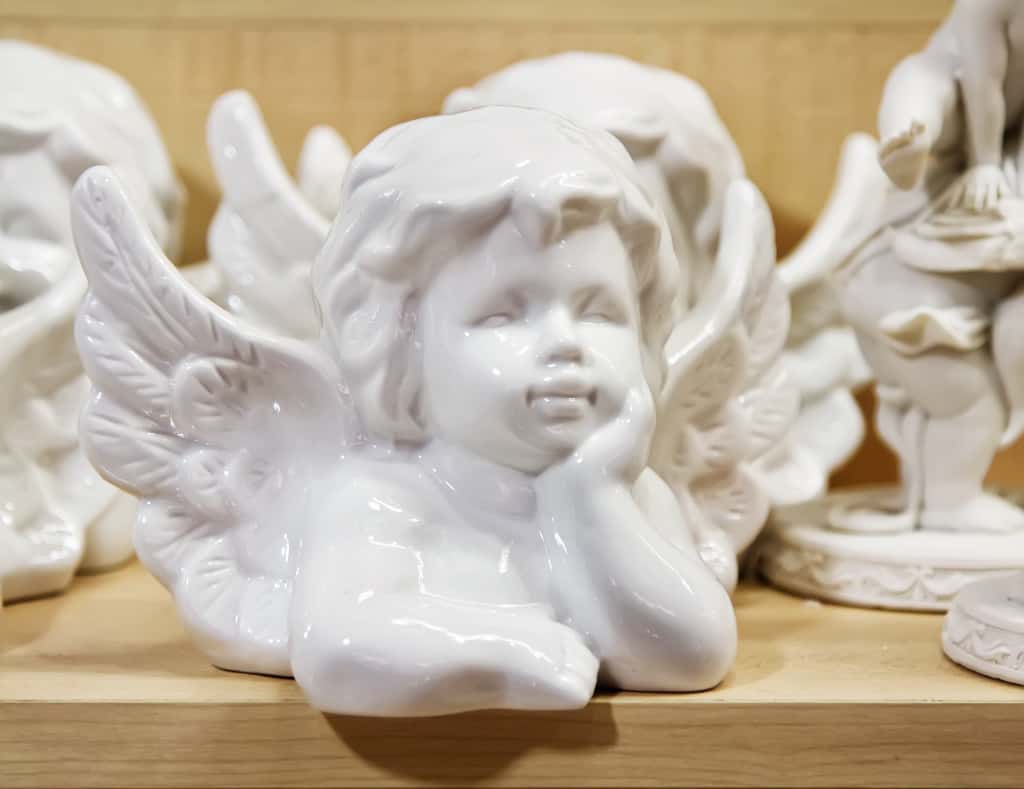 I told my friend, “It’s OK. You could have told me it was yours and you wanted me to have it to remind me of the baby. If it had been something that meant something to you, it would have made it even more personal. It didn’t need to be new to be special.”

She nodded and thanked me. And then she quickly made up an excuse to leave.

I held the “This was in my closet because I didn’t like it” remembrance of my baby and cried. I cried because my baby was gone. And I cried that his or her only remembrance was a friend’s lied-about castoff.

The problem with my friend’s gift wasn’t that it came from her home. It was that she misrepresented it. My trust level and respect for her plunged that day. If she so easily misrepresented a gift to memorialize my lost baby, was anything sacred to her?

And usually, that’s the problem with re-gifting. The recipients actually may enjoy owning the item (as long as it’s not a fruitcake or gag-gift Christmas sweater). What they don’t like is that from the wear-and-tear on the tag, or from the old-looking box, or from whatever clue, they know the item wasn’t picked out with them in mind. It was given to help clear space in the closet (or under the bed) or simply to be able to check “buy so-and-so a gift” off their to-do list. And no one wants to be just a task on someone’s list.

The Etiquette of What Not to Do When You Re-gift

1. Don’t gift an item that is in a box from a different store than the one where it was bought. If you put a Macy’s item in a Kohl’s box and the person tries to return the item, there’s going to be frustration at the cash register. After the cashier explains that the item isn’t from their store (which also puts the cashier in an uncomfortable position), your friend is going to be frustrated with you for the time and energy wasted.

2. Even worse: Don’t put a gift from (blank)Mart into a box from a high-end store or boutique. I don’t need my clothes or anything else to have a pedigree. Most people don’t. It’s just that if we go to return it, it’s going to be really, really embarrassing to hear from the sales clerk in Sak’s that she believes the gift you’re returning is from the big-box store that’s not in the mall.

3. Don’t re-gift food baskets or food items. Unless you can see the expiration date clearly, you might be giving a food basket that was given to you after being in your friend’s closet for two years. If the recipient opens it for a cozy indoor picnic to ring in the New Year or to serve to guests at a party, they aren’t going to be happy biting into stale crackers and iffy smoked salmon. Yikes! Enough said.

4. Don’t re-gift an item from someone in the same social/work/church/club/circle. You don’t know who gave the person the gift in the first place. Let’s say you re-gift a scarf to Elise. Then Liv runs into Elise one day at Starbucks wearing the scarf you gave and says, “Wow, this is wild! I love that scarf. In fact I gave the exact one to Katie for Christmas.” The conversation that will take place about you over the next few minutes is one that you’re going to be glad you aren’t around to hear. 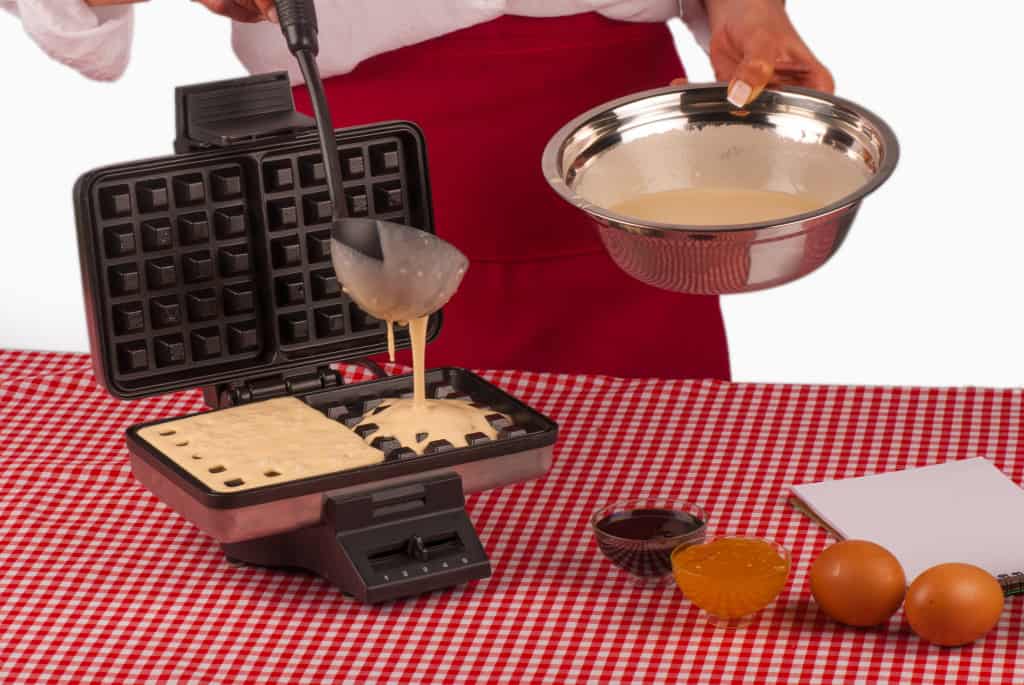 5. Don’t re-gift an item that you haven’t thoroughly checked. If you looked at the item, knew you didn’t like it or wouldn’t use it, and immediately put it in your gift closet without checking the item for use, damage, and such, don’t re-gift it. I once received a waffle iron that looked brand-new. However, when I took it out of the perfectly intact-looking packaging inside the factory box, there were vegetable-oil residue and dried bits of waffle in the inside corners of the machine. Things are really hard to fit perfectly back into boxes after they’ve been taken out, so I’ll give this person credit. She was good at making things look new; however, her “wash thoroughly before re-gifting it” skills were lacking. The boys were really excited for me to make waffles, so I hand-scoured the machine and then made waffles!

When It’s OK to Re-gift, and the Etiquette of How to Do It Graciously

1. If you own something that you would buy for the person(s) if you saw it in the store because it’s perfect for them, it’s OK to re-gift it to them. Remove all the tags that identify the store, so the recipient can’t try to return the item. Why? Because it’s probably past the 30- to 90-day return time limit that almost all stores apply to items. Also, make sure the gift is in perfect condition, and then place it in a plain box. Plain boxes are available year-round at most big-box stores in the gift-wrapping department.

3. Save the item for a time other than their birthday or a holiday, and give it to them as an “I was thinking of you gift.” Again, you’ll be straightforward in telling them that it’s something that was given to you or that you bought. People love to be thought of, and if you believe they will enjoy the item, and you’re not just giving it to them to avoid the car ride to your favorite charity, then by all means, bless them with the item! In fact, it’s gracious! 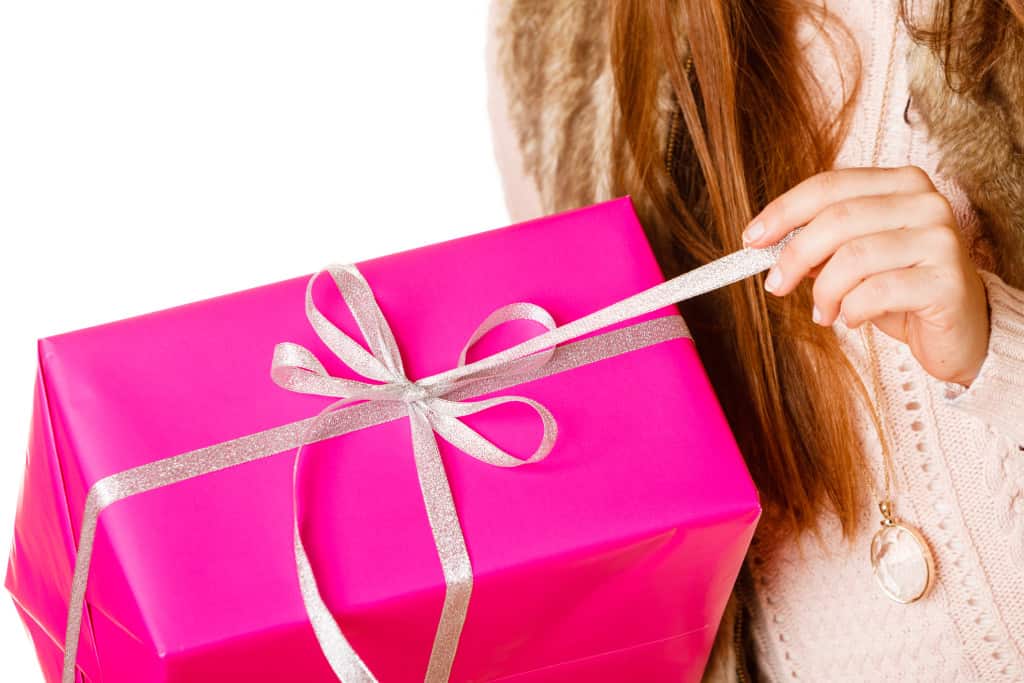 1. Receive the gift graciously as you would any other. Thank the giver(s) in person, and then, in these cases, write and mail a thank you note. Just because they misrepresented something doesn’t mean you need to do less than the right thing. There are actually 7 Manners of Opening Every Gift. This will give you the perfect thing to say no matter what you find inside the gift box or bag!

2. If you like the item, use it! Even if it was misrepresented, don’t let that distract from the fact that you like it. Enjoy it!

3. If you don’t like the item, don’t re-gift it. Stop the re-gifting merry-go-round. Donate the item to your favorite charity. It, or the proceeds from it, will go to someone who will benefit from the gift.

4. As the date approaches next year, arrange to not give/exchange gifts. Maybe picking out presents is something this person just isn’t very good at doing. We all have strengths and weaknesses, and picking out a great gift for someone takes being able to think outside the box so that the perfect thing ends up inside the box.

Next year, a month or so before your birthday, Christmas, or whenever it is that you exchange gifts, explain to the person that you’d rather make a memory with the two of you instead of exchanging gifts. Agree to meet for coffee, go the movies, share lunch, visit a museum, or anything you’d both enjoy, with each of you paying your own way. You’ll deepen your friendship as you spend time together, and you won’t need to practice your happy face in the mirror in preparation for opening a gift!

To Re-gift or Not to Re-gift?

If we follow the etiquette of re-gifting, it’s a practice that doesn’t need to be entirely avoided. It just needs to be handled with caution. And with thoughtfulness. And with graciousness. And with the best intentions towards the other person at the top of our hearts and minds.